Have you ever been to the barber or hairstylist and had a shave or gotten itching powder applied to the back of your neck?

Do you remember the smell of the Barbershop you went to as a kid? Odds are that the smell you are thinking of right now is that of original Clubman.

Since its founding in 1810 by Ed Pinaud Clubman aftershave has been a staple of barbershops far and wide. 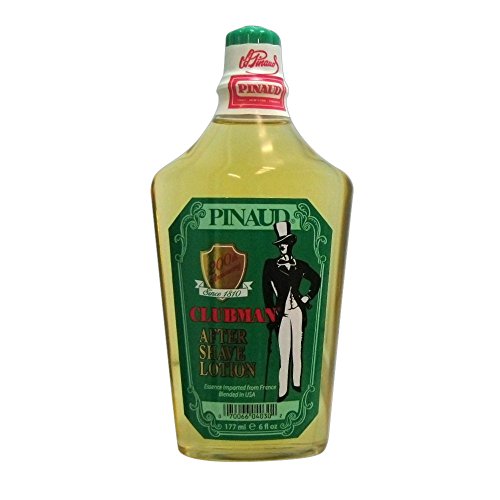 With the array of aftershaves available online these days you may be wondering if Clubman is worth your time and money.

Perhaps you’ve never smelled it and it looks mighty tempting there on the shelf of your local store. Read on for a review of this old-school aftershave.

As mentioned in the opening original Pinaud Clubman is considered by many as the quintessential barbershop scent and gives many a man warm nostalgic fuzzies every time they smell it.

According to Clubman’s website<http://clubman.com/Products/product_190.html> it’s described as “the original Clubman scent with a musk background.”

While there is indeed a musky background to the scent, especially in its base notes, that doesn’t really describe it’s smell.

To my nose the scent starts off with sort of strong chemical and spice head notes which quickly give way to baby powder and spice heart notes as it dries down.

The powder scent gives way to floral and musky base notes after around 30 minutes.

Many people describe the scent as the smell of a “true man” and many humorous reviews can be found on the aftershave’s Amazon page.

This association is no doubt due to the prevalence of this scent’s use by the majority of grandfathers of thirty-somethings and its ubiquitous barbershop use.

I love the smell of this aftershave and will often apply the remainder of it to my hair after application to my face. The scent lasts for hours and, when I’m feeling particularly manly, I’ll wear it as a cologne. It’s just that good!

Clubman is alcohol-based and therefore will burn like the dickens if applied to skin that is razor-burned or nicked.

In view of that I do not recommend it as a first aftershave for a beginner wet shaver.

Though many wet shavers are generally against the regular use of alcohol-based aftershave, there is value in such products as a teaching aid. Once you achieve a reasonably comfortable shave, if you commit to daily Clubman post-shave your technique will improve rapidly.

The burn is both an indicator of poor technique as well as an incentive to use and acquire good shaving technique. No excuses, just pain as your teacher. Manly? Maybe. Masochistic? Probably.

Alcohol is a very strong astringent and has excellent anti-bacterial properties which will shrind your pores and disinfect the beard area very efficiently.

I suffer from acne and I find these qualities contribute to clearer skin. Like all alcohol-based aftershaves Clubman dries out the skin.

The drying property is great for those with oily skin, especially in the summertime. If your skin is dry, I recommend using a light, unscented lotion on top of the Clubman to avoid over drying your skin and causing, ironically, over-production of skin oils.

Unfortunately, this wonderful aftershave is packaged in plastic bottles.

Over time some of the chemical compounds of the plastic will leach into the aftershave adding a “gasoline” or “motor oil” scent to the top notes, though it dissapates as it dries down.

The easiest way to avoid or correct this issue is decanting the aftershave into a glass bottle. Badger & Blade has a helpful thread here. Most use old hot sauce bottles or buy them new.

In Summary I recommend Pinaud Clubman as an aftershave to a novice wet shaver and as a cologne for anyone who really loves old-school manly scents. Clubman is fairly inexpensive at around $7 US for 6 oz. and can be purchased at many local stores and on Amazon.com.

Some recommended products may use affiliate links. HotShaveHustlers.com is a participant in the Amazon Services LLC Associates Program, an affiliate advertising program designed to provide a means for sites to earn advertising fees by advertising and linking to Amazon.com. Amazon and the Amazon logo are trademarks of Amazon.com, Inc or its affiliates.